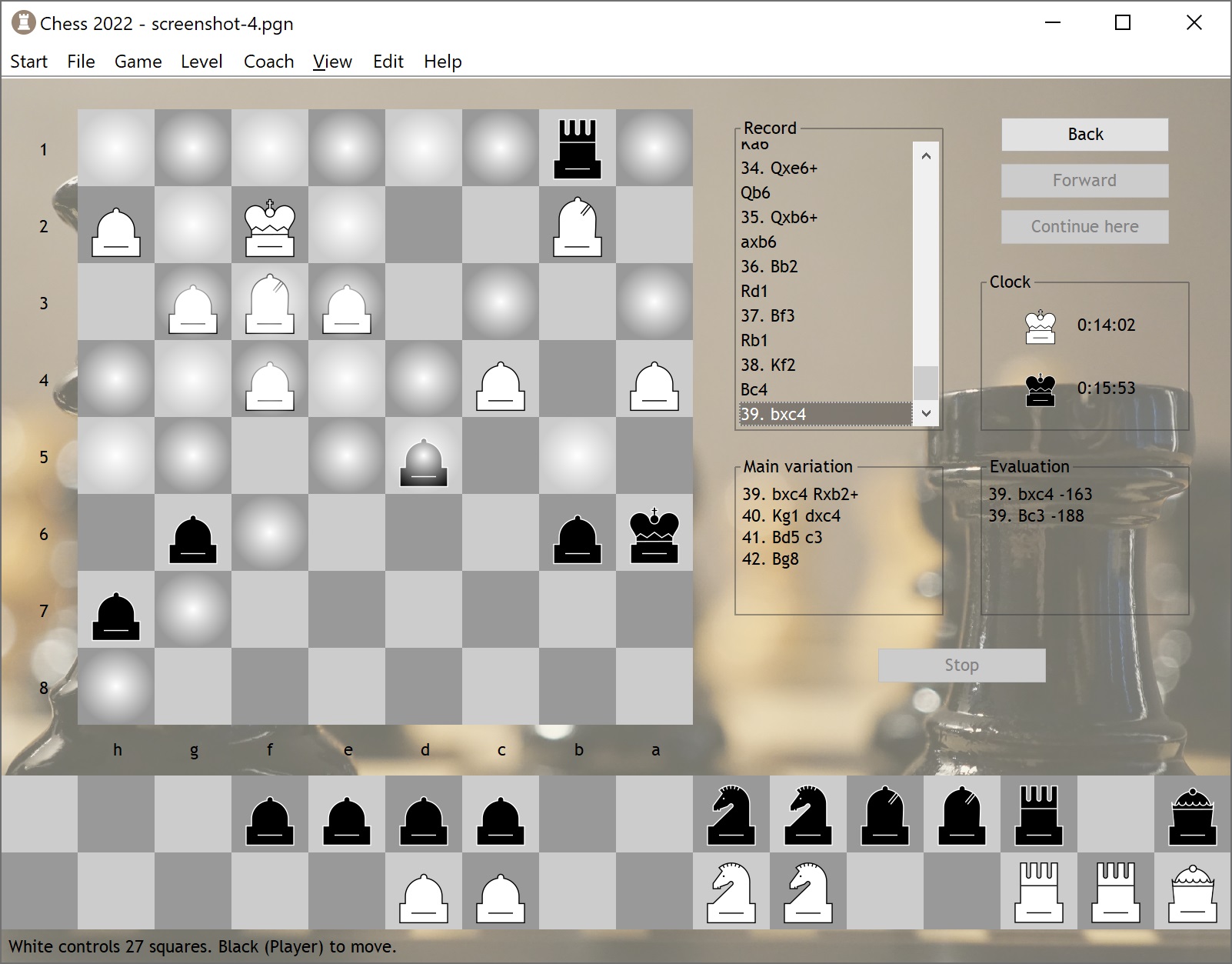 Before taking this particular screenshot, the user has invoked the Show squares controlled by White command — hence the highlighting.

This panel displays the expected upcoming move sequence. The length of the sequence depends on the selected difficulty level — see the Level menu. This panel can be shown or hidden via the View menu.

The app displays the evaluation of the current position as a byproduct of move calculations (in the units of centipawns, 1 pawn = 100 points). The panel shows the evaluation of each move that the computer or coach selects as a good candidate. The figures can be used to asses the status of the game. Positive numbers indicate White's advantage, negative numbers indicate Black's advantage.

If the highlighting of the last move is turned on — see the View menu — and a piece has just been captured, the piece is also highlighted on this panel.

Before taking this particular screenshot, the user has invoked the Show squares controlled by White command — hence the message.