American checkers (English draughts) is a board game for two players. Each players begins with 12 pieces of one color - white or black. The game is started by the player with black pieces and then players alternate turns. It is played on an 8 by 8 board. The game is played on a board with dimensions of 8 by 8. The basic setup of the pieces is defined as follows: 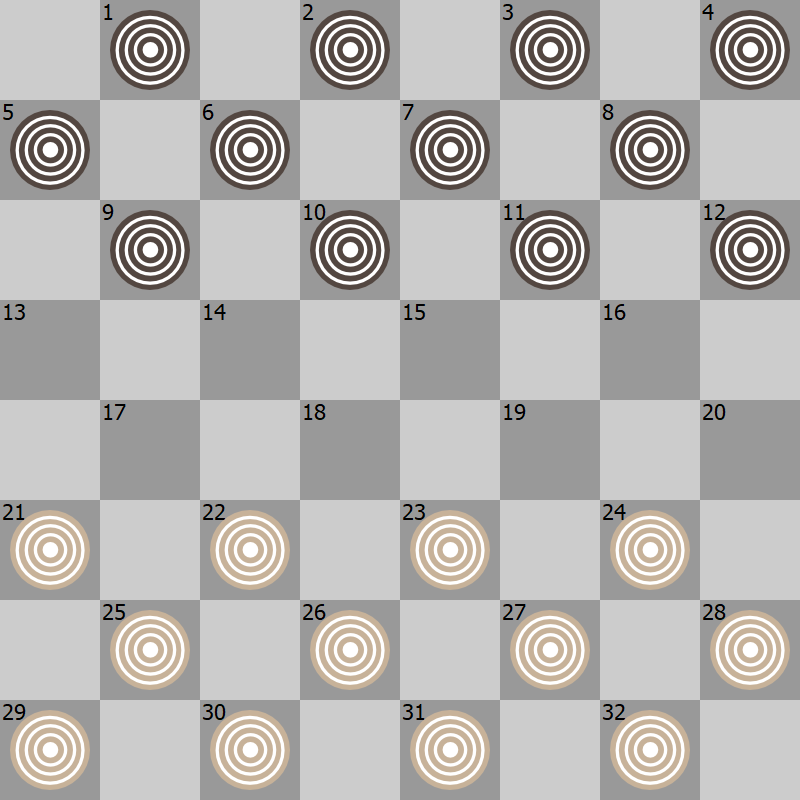 Just like the pieces, the chessboard squares are white and black. Nonetheless, only black squares are used by both players throughout the game. The square in the lower left corner is black, colors of other squares alternate regularly in vertical as well as in horizontal direction.

Each move means transferring an own piece diagonally: Either a shift to a vacant adjacent square, or a jump over an adjacent piece of the opponent to a vacant square behind it. In the latter case, the opponent's piece is removed from the game. If a player has an option to make a jump, he must take it. If the same piece can do another jump, it must continue in the move and jump another piece. Therefore it is possible to capture multiple pieces in a single move. The player is not obliged to choose the longest sequence. However, the sequence has to be complete, i.e., there must be no more jump options for the playing piece at the end of the move.

A king moves the same way as a regular piece and it may additionally move and jump backwards.

End of the game

The game is drawn if either player is unable to win. Particularly in these situations: